Pros: Braun Silk-Epil 7 Xpressive is a wet and dry epilator but it’s much more than that – it’s a shaver and a trimmer. As an epilator, it comes with 3 caps for perfectly adjusting itself to any body surface, being a great facial epilator, as well. It has everything needed.

Cons: The Silk Epil 7 is a pretty perfect epilator. It might seem like one that causes quite a great deal of pain but that’s usually in the beginning, especially if you are not used to a method that removes hair from the root. Other than that, the only con is the high price, it makes it not that affordable to us all.

Braun Silk Epil 7681 is a pretty expensive epilator and I simply had to say that right from the start of this review.

But it’s also an excellent epilator and one of the best on the market.

As you will find out as you read this Braun Silk-Epil 7681 review, this rotatory epilator is simply amazing.

Those are excellent features and they will make your skin feel really smooth.

There is always the saying that shavers leave the skin feeling incredibly smooth and that’s right but it’s only a shame that it last for 2 days tops. 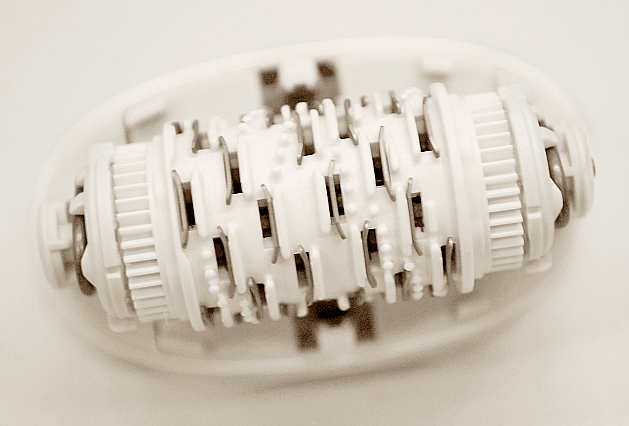 It has 40 tweezers as opposed to the Emjoi AP-18 that has 72 tweezers, which might lead you to think that it’s not quite as fast.

But the Silk Epil 7 is one of the fastest epilators and a really powerful one.

The tweezers are close grip so Braun Silk Epil 7681 can remove even tiny hairs, as short as 0.5 mm.

Epilation takes too long and that is true, especially during the first sessions, but the answer to that is the usage of fast epilators, like this one reviewed in this post. It speeds up the hair removal process.

The tweezers are close grip, from here their ability to grab those tiny hairs and remove them with the root.

It’s a wet and dry epilator.

It’s a great advantage for women who want to have the problem of unwanted hair vanished from their mind for at least two weeks but don’t want the intense pain to be part of the process.

It gets fully charged in an hour and then it can be used for up to 40 minutes continuously.

The (–) sign is there to warn you when the battery starts running low – at that point it’s blinking – and when it begins lighting up continuously then it’s time for a charge.

But 40 minutes are enough to do at least both of your legs and the underarms, especially after you’ve use it for some time and the hairs become thinner and less dense.

The fact that it’s cordless is pretty much a disadvantage because there is a risk that the battery won’t hold a charge in the future, which will render the epilator useless, and also because you might need to charge it at least once if you plan on removing unwanted hairs from almost the entire body.

There are 5 attachments included in the package:

These are all the caps needed to get the entire body hair-free.

The other two attachments are not related to removing hair from the root. There is a shaver head and a trimmer head.

Are these two any good?

The trimmer head is really helpful if you get lazy and you let your hair grow too much, that happens especially in the winter when you cover most of the skin with layers of clothes and you postpone epilation one day after another.

First you trim it a little and then you switch the trimmer head with the tweezers head. That way it’s not going to hurt too much.

The shaver head is also used by a lot of women in the areas where they can’t stand the pain caused by removing hairs from the root.

So you can save on disposable razors or on cartridges, thanks to the shaver head.

If you know that you don’t want an expensive device, then there are plenty of other choices that can turn out to be the best epilator for you.

I would first recommend directing your attention towards another Braun Silk-Epil model, in case the Silk-Epil 7681 seems a little bit too expensive.

I’m talking about Braun Silk-Epil 5280. You should check it out, it’s pretty good and it’s a medium-priced epilator.

There are also women who describe this epilator as being quite painful. It might seem so for women who haven’t epilated or waxed until now.

In that case, any epilator is painful, so painful that you might think to give up on epilators. In that case, take it with you in the shower and epilate there for the first time. After all, this is a wet & dry epilator.

The third con is the fact that Braun Silk-Epil cannot be used while being plugged in. I guess it has to do with the fact that it’s a wet & dry epilator. So, it can only be used on battery.

The 40 tweezers are not only fast and efficient but they are also close grip so they’re very good at plucking the tiny hairs, also. That’s one of the things that I most appreciate about this Silk Epil 7681 model.

The pivoting head may ease the hair removal from difficult places like knees or elbows.

The massaging system is characterized as being high-frequency but don’t get your hopes too high that it’s going to ease the pain a lot. But it should create a nice sensation so it’s helpful.

The three caps for the tweezers head are all you need to remove hairs from all over your body.

Besides the tweezers head, there are also included two additional heads: trimmer and shaver. It’s very practical to have all the three features in one device.

It has a built-in light to avoid leaving any hairs behind.

Braun Silk-Epil 7681 has 2 speeds: the level 1 being gentler and the level 2 fast and efficient.

It’s wet and dry so the direct consequence is that it’s cordless. Another consequence has to do with hygiene: you simply wash the head let it dry and that’s it. All the mess will vanish under water.

It hurts more than other epilators, according to some women, the alternative being to use it under the shower to ease the pain a little.

It cannot be used while it’s plugged in because it’s a wet & dry epilator.

The pretty high price tag makes it not desirable or accessible to every woman but if you can comfortably afford Braun Silk Epil 7681 Xpressive, then it’s really worth it.

Denisa-Alexandra Cinca is a professional blogger, a passionate writer that focuses on hair removal methods and skincare. She mostly can't believe that she has amassed a wonderful 15 years of experience with hair removal/epilation. She loves researching products for her skin and discovering all the products for hair removal. I’m thankful that I have a place where I can share all my research and maybe give you a few answers to your problems. It's all about feeling good and then looking our best, not the other way around. Find me on LinkedIn, Twitter and Facebook 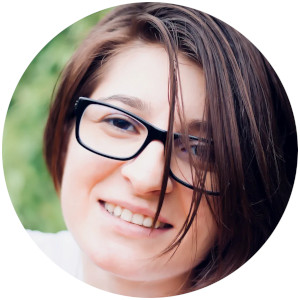 My name is Denisa! With over 15 years experience with epilation I made this blog to share my knowledge on using epilators and my tips on various hair removal methods.