We may receive a commission if you click and make a purchase through links in this post.
Home
Skin Care
7 Skincare Ingredient Combinations to Avoid: Keep Your Skin Healthy and Don’t Waste Your Money
Pin it Tweet Reddit 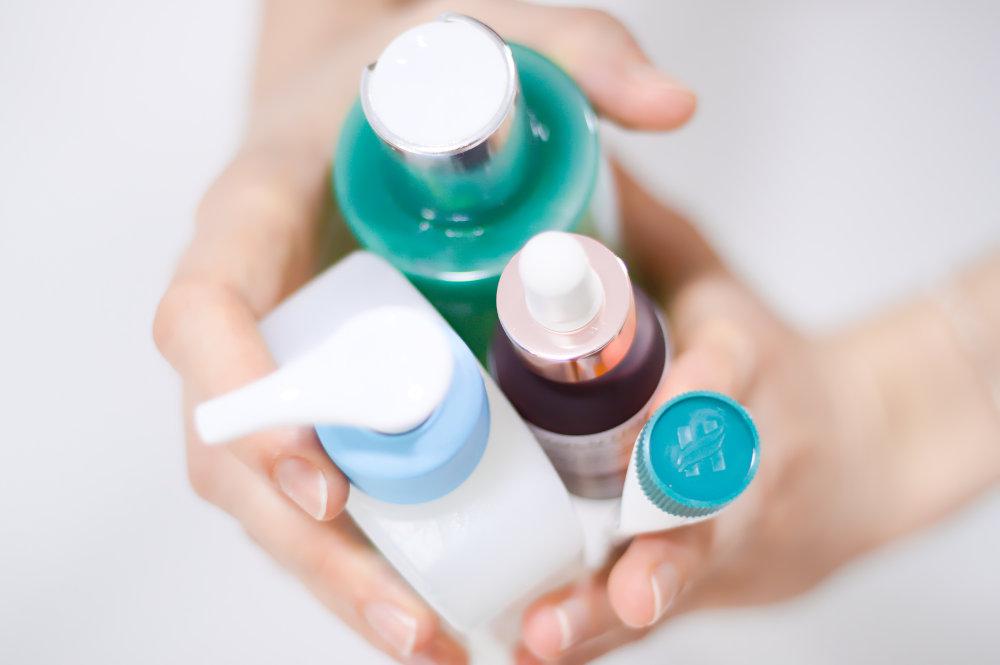 Our beauty routines are complex and they often involve at least 3-4 products, which is why it’s so important to know that there some skincare ingredient combinations to avoid.

Each of these products has its role, whether they’re for treating acne or for brightening up your skin or for preventing the appearance of fine lines or wrinkles.

There’s always the temptation to slather on as many products as we have around in the hope that our skin can get that perfect look, that perfect glow, that perfect smoothness, or fewer breakouts when we wake up the next day.

But there are some simple rules to follow and that’s what this article is all about.

In order for these products to work and not cancel each other out or, more importantly, not harm your skin, you should know which ingredients aren’t generally supposed to be layered, to be applied one on top of the other.

If your products are not from a line that consists of everything from cleanser to facial exfoliator to serum to acne treatment and moisturizer + sunscreen, I’m pretty sure that doesn’t exist because pretty much everyone uses products from different brands, then you just need knowledge on what ingredients work together but, most importantly, which ingredients shouldn’t be put one on top of the other.

The health of your skin depends on many factors, things are never simple and what works for one person might not work for another, our skin is wonderful like that, but there are a few things that are universal, one of them being the skincare ingredient combinations that shouldn’t be made.

Some of the skincare ingredient combinations to avoid that I’m going to be talking about have exceptions.

The main reasons for which some ingredients shouldn’t be mixed are:

Let’s see what are those skincare ingredient combinations that you should avoid and what to do if you want to use them anyway.

1. Acids (AHAs and BHAs) and Retinol

As Paula’s Choice lets us know, it’s a misconception that retinol is an exfoliant when it’s in fact an antioxidant.

It can temporarily cause flaking but it doesn’t do that because it’s an exfoliant but as a side-effect, which for many doesn’t even occur.

And, if it occurs, it’s just in the beginning, until the skin gets used to retinol or it might be because the concentration of retinol is too high for what your skin can handle or you’re using it too often.

AHAs and BHAs are chemical exfoliators that remove dead skin cells but they can also dry out the skin, which, in combination with retinol, can very easily lead to irritated skin.

AHAs (glycolic acid and lactic acid) can also make retinol less effective although there’s no study to state that with certainty.

There are some who disagree with the assumption that chemical exfoliators shouldn’t be paired with retinol,

They argue that combining the two will actually make both more effective.

I’m still concerned about the dryness or the irritation that can result from these two combined. But the dryness can be offset by a nourishing highly hydrating moisturizer.

Layering one on top of the other, even with the idea of increased effectiveness, still doesn’t make me want to do it but that’s because I have really sensitive skin.

It’s also a matter of which acid you’re actually going to combine with retinol.

Salicylic acid (BHA) can work together with retinol, they can make each other work better but it’s a combination that can be tried by those with oily skin and combination skin for preventing breakouts and, more importantly, for getting rid of clogged pores.

My solution is simple:

You can use chemical exfoliants on the nights that you’re not using retinol and vice versa.

Or use a BHA in the morning and a retinol cream/serum at night.

Make sure to moisturize after.

Benzoyl peroxide is efficient against mild/moderate acne but it works best against pustules and not against blackheads and whiteheads, like salicylic acid (BHA) does.

Benzoyl peroxide can cause skin reactions like irritation, redness, peeling, and itching.

If you get any of that, stop using benzoyl peroxide immediately and go see a dermatologist for another acne treatment that will be suitable for you.

It kills bacteria but it also works as an exfoliant, it’s an exfoliating agent because it gets the skin rid of dead skin cells.

You’re already using an exfoliant. You don’t need another one on top of that.

When you’re using a product like that your skin needs hydration to strengthen the skin barrier so that it can sustain the action of an ingredient as powerful as benzoyl peroxide without any reaction.

Chemical exfoliation (physical exfoliaton, too) can dry out the skin, which can lead to peeling if you don’t moisturize after exfoliating your face.

Which is why it’s so important to choose products for your skin type.

Personally, I wouldn’t use a chemical exfoliant at all while using a product that contains benzoyl peroxide, I would stick just to cleansing.

AHAs can destabilize vitamin C, which is quite unstable already, especially L-ascorbic acid (pure vitamin C, the rest are derivatives).

You wouldn’t be getting the antioxidant properties for which vitamin C serums are so sought after. And most of these serums are quite expensive. You don’t want to waste your money.

This one is very easy to avoid.

Apply the vitamin C serum in the morning immediately after face washing, which you should already be doing.

There’s no point in applying a vitamin C serum at night because those antioxidant properties include protection against sun damage and pollution.

It’s meant to be worn during the day.

And the majority of AHAs in whatever form they come (pads, serums, peels) are used at night to be left on the skin until morning.

This is another skincare ingredient combination that shouldn’t happen.

It makes sense to me simply because vitamin C should be applied in the morning and the great majority of retinol products are used at night because retinol increases skin’s sensitivity to UV rays.

On the other hand,

Vitamin C and sunscreen are best friends, united in their efforts to protect the skin against environmental factors.

It’s not a good idea to layer these two skincare ingredients that are well-known for fighting acne and, in the case of retinol, for its anti-aging benefits because they deactivate each other.

You can’t layer them.

If you’re visiting a dermatologist, it can prescribe a topical retinoid and a benzoyl peroxide product but it will also indicate how you should use them, whether one in the morning or the other in the evening or together.

These kind of skincare ingredient combinations should be left to dermatologists.

They simply don’t mix. That’s all.

Instead of working and doing whatever they’re supposed to be doing, neither will be absorbed, they will just become a waste of money and time.

You can’t use a retinol serum followed by a retinol cream. That’s just too much.

If you’re already using a retinol eye cream (they’re very good), apply your retinol serum or cream far away from the eyes.

When it comes to skincare ingredient combinations to avoid, there is a debate around some of them but, I still think you should pay attention to these simple guidelines and follow them, unless your dermatologist advises you otherwise and actually prescribes what you should use and how. 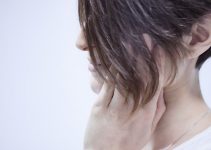 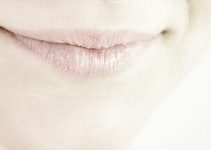 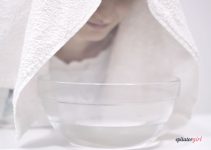