Pros: There’s one thing that differentiates the Emagine AP-18, a dry only epilator, from other epilators: the 72 tweezers arranged on dual opposed heads that also come with middle lifting fingers for flat and hairs as short as 0.5mm. So it’s not only fast but it’s also capable of removing tiny hairs which is great.

Cons: One feature that lacks from the Emjoi AP-18 is a built-in light.
Another con would be the absence of a facial cap which would have been nice, but that doesn’t mean that you can’t use it as a facial epilator, as well.

There’s this tiny powerful fast thing out there that has 72 tweezers and it’s the one and only Emjoi Emagine AP-18. It’s the only epilator with so many tweezers.

The low cost options have around 20 tweezers or so, like the Philips HP6401, and they work great just that epilation takes a little longer, while fancier ones that come with many accessories have between 40 and 50 and those are really good and fast, too.

But there is this, the AP-18 which has 72 tweezers that are set on two opposed heads and there only job is to remove hair from the root, many hairs at once so the epilation goes down fast.

Emjoi Emagine AP-18 and Its 72 Tweezers

I’m not entirely sure if it could be used as a facial epilator since it doesn’t have a cap that narrows the tweezers making contact with the skin.

In the description of the product it says it can be used for removing facial hair as well. Other than that, it can be used on the arms, underarms, bikini line, and legs.

This Emagine model also comes with middle lifting fingers or the Glide technology, as it is also called. The use of that is for lifting flat hairs and for removing hair as short as 0.5mm.

Apparently, it’s pretty good at that and you don’t need multiple passes. Thus, if the number of passes is reduced, irritation won’t be a problem for a lot of women.

Another innovation brought by the Emjoi AP-18 is the Silver Ion technology. It’s supposed to provide antimicrobial protection, which should help with reducing the number of ingrown hairs.

If that doesn’t work, don’t forget that you always have the option of using an exfoliating glove or a body scrub. They are really cheap and immensely helpful.

There are not many accessories included in the price, with the exception of a cleaning brush.

So, in conclusion, this Emjoi Emagine model is extremely powerful and capable of handling short hairs just as efficiently as it handles coarse hairs and that’s all there is to it. There are no additional caps and it can’t be used in shower as it’s a dry only epilator. It’s not the cheapest, either.

Reasons for Choosing It

The 72 tweezers transform it into one of the most powerful and fastest epilators. Epilation should be a rapid process thanks to the Emjoi Emagine AP-18. Another model that comes close to the speed and efficiency of this one is the Braun Silk Epil 7.

It’s corded so I don’t have to worry about charging it or running out of power.

The middle lifting fingers take care of flat and shorter hairs, reducing the number of passes needed until you see that all the hairs have been removed.

Thanks to the middle lifting fingers and the Glide Technology, the number of passes needed to remove all the hairs is lowered.

Ergonomic design and a bright red color that makes the Emjoi AP-18 look sleek and dashing.

Many women use it as a facial epilator, also.

What Would Have Made it Absolutely Perfect

There is no built-in light, which is kind of a disappointment judging by the price.

It doesn’t have a special cap for facial hair. 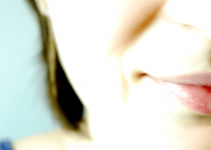