We may receive a commission if you click and make a purchase through links in this post.

Knowing the pros and cons of hair removal creams will make your choice a lot easier.

What are you going to find out?

Before going in-depth on the pros and cons, let’s see how depilatory creams stand against shaving.

My Picks for Hair Removal Creams

Veet is well-known for their depilatory creams, which are some of the most popular. They’re also great for both women and men, easy to use without irritating the skin, the price is pretty good, and the smell not so unpleasant. In 3 to 6 minutes you’re all done.

Nair is another manufacturer of some of the best depilatory creams that work for all types of hairs and are used by both men and women. And they’re just as easy to use and as fast acting.

Avon has decided to make one of the best hair removal creams for the face. If you don’t want to try facial razors for women but you still want to remove facial hair in a painless manner, this is it. 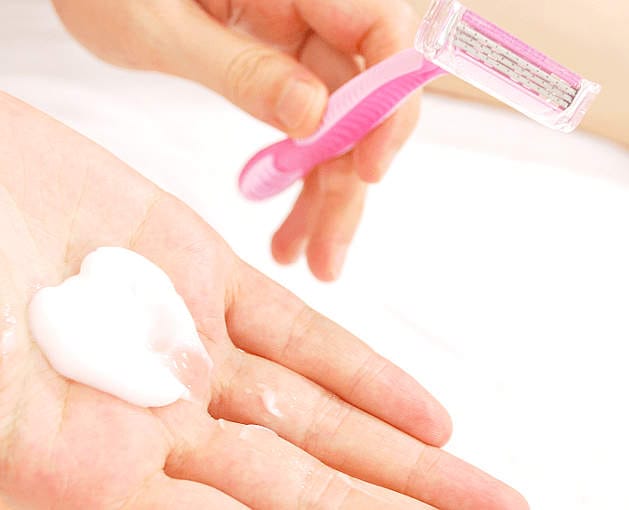 These are the two methods that remove unwanted hair without bringing any pain at all.

That is the biggest similarity between them.

Just like the biggest similarity when talking about waxing vs. epilation is that both remove the hair from the root, which is painful but leads to a hair-free skin for at least 2 weeks.

I would say that the biggest difference is not in the way in which they remove the unwanted hair, one by dissolving it and one by cutting it.

I dare to say that the biggest difference is that hair removal creams are not as popular as razors.

Would You Pick Depilatory Creams over Razors? 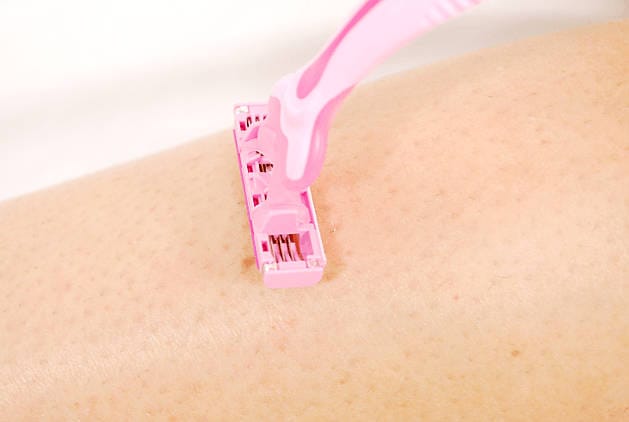 I’ve used razors back in the days when I was incredibly afraid of feeling any pain.

I hated unwanted hairs but I hated pain just as much. That’s when one settles for painless methods: depilatory creams or razors.

Which one is more convenient?

I tend to think that razors are.

In my opnion, shaving tops hair removal creams because:

So these are the pros and cons of hair removal creams and their battle with razors.

With that in mind,

Let’s find out more about hair removal creams and how they work.

The first three are all really good depilatory creams for the body. The last one from Avon is actually the best hair removal cream for face.

This is the depilatory cream that I was talking about when I said that it doesn’t smell nearly as badly as others. The Veet Gel Hair Remover Cream with Essential Oils has actually a pleasant rose fragrance.

Those essential oils surely help. They also prevent the skin from being damaged during the hair removal.

What about its performance?

Well, it’s a great hair removal product that dissolves the hairs without any problem. It works for both men and women.

Remember: with all depilatory creams, it’s all about following the instructions. Read those carefully before actually applying the cream on the body part that will become hairless in a few minutes.

Still, on your first attempt, leave it on for at least a minute less than the maximum allowed time.

In the case of the Veet Gel Hair Remover Cream with Essential Oils, leave it on for 3 to 6 minutes, it acts fast.

In the beginning, it would be best to leave it on for 5 minutes and see how it goes.

When the time is up, quickly jump into the shower and remove it. Moisturize after.

The Veet Gel Hair Remover Cream with Essential Oils should not be used to remove facial hair. It’s only for the body.

It contains aloe vera and vitamin E, thus the name Sensitive Formula. It helps moisturize the skin but I would still advise you to use a moisturizer or a body lotion after.

Knowing that, the main reason for purchasing this cream is the great price. The thing with the Sensitive Formula is not that important.

At first, leave the cream on for only 5 minutes and see if the hairs are dissolved or not. You can leave it on for up to 10 minutes but you shouldn’t go as far during your first experience.

Like the depilatory cream above, don’t use it for facial hair removal. You can use it on the legs, arms, underarms, and bikini line.

This is another great option as a hair removal cream for the body. It removes all types of hairs from the neck down.

But, when it comes to removing hairs from the intimate area, use it just on the bikini line. The chemicals might irritate the sensitive skin so, it’s best to stick just to having a smooth bikini line if you’re using hair removal creams.

You can trim the rest or shave.

The price is really good, too. It’s quite a popular depilatory cream.

It’s another one that contains some moisturizing ingredients, cocoa butter and Vitamin E, but you should still moisturize after removing the cream.

You can start by leaving it on for 3-4 minutes if you have sensitive skin. If you’re removing coarse hairs you can leave it on for 5-6 minutes. Don’t exceed 10 minutes.

The smell is not the best but you don’t have to put up with it for too long.

Nowadays, there are special facial razors, like the Tinkle, that are a pretty great option for painlessly removing facial hair.

The other option comes in the form of depilatory creams for the face and this one from Avon is one of the best.

It’s really easy to use: apply a generous layer, leave it on for 2-3 minutes in the beginning and then rinse. Moisturize immediately after.

Avon recommend leaving it on for 8 minutes but that seems a bit much, especially for peach fuzz. I guess it’s best to experiment with the timing in the beginning even if it takes a few tries until you nail it down. 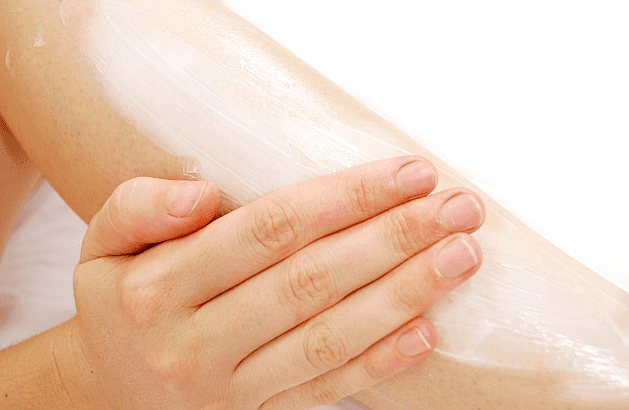 In my opinion, this one is the biggest pro.

When it comes to listing all the pros and cons for hair removal creams, mentioning that they are a painless hair removal method is at the top of the list.

That’s the primary reason why women who don’t want to shave and don’t want to feel the pain caused by pulling the hair from the root, choose depilatory creams by default.

The hairs are dissolved in a matter of minutes.

The only thing left to do is to take the spatula or jump directly into the shower and rinse it.

I recommend forgetting about using the spatula because:

The most important thing to remember when using this method is that you should follow the instructions precisely.

If it says to leave the cream on for 5 to 8 minutes, no matter what you shouldn’t exceed those 8 minutes.

Actually, leaving it on for 7 minutes would be even better.

You might not get the time right from the first attempt but you’re going to catch on pretty quickly.

By jumping into the shower, you remove all the cream at once.

Quick, easy, and not messy at all.

And that’s how you get incredible smooth skin.

This is their biggest disadvantage.

At the same time,

It’s also a slight advantage over shaving, which only offers smooth skin for up to 3 days.

You will have to apply the cream again in 5 days tops.

That’s the usual time during the summer, when most of our skin is revealed for everyone to see.

During the cold seasons, it’s okay if you get a bit lazy and only remove the unwanted hairs once every 2 weeks or even once a month or maybe not at all until summer comes back around.

Anyone can perform this method without encountering any difficulties.

You mustn’t exceed the maximum number of minutes that you should leave the cream on.

Con: Women with Dark Hair Might be Left with a Dark Shadow

The dark shadow or the dark spots are a very big con against depilatory creams and against razors, as well.

Shaving gives the impression of darkening the skin because the hair roots are still under the skin.

It’s a common sight especially in the underarms and intimate area.

The chemicals contained by the creams can also change the pigmentation of the skin.

If you are affected by skin discoloration, check out my post to see what are your options.

There’s pretty much nothing you can do as long as you stick to either of these two methods.

Through simple mathematics, let’s see if that’s really the case.

So, let’s say that you pay an average price of $5 to be hairless on the entire body.

If you have 6 sessions per month, which is quite possible during the summer, the total cost is $30.

You can get an epilator for that money.

Or a complete waxing kit.

But these two methods cause quite the pain in the beginning.

You also need to be well informed about ingrown hair prevention methods because both waxing and epilation are known to cause ingrown hairs.

Depilatory creams shouldn’t cause ingrown hairs, shaving is the one for that.

There’s a simple reason why things are like that:

It’s because of those chemicals.

Since they have to be strong enough in order to be capable of dissolving hairs like they were nothing.

There is actually one exception:

The Veet Gel Hair Remover Cream with Essential Oils has a rose fragrance that makes it quite bearable.

It actually smells nice. The Veet Gel Hair Remover Cream, Sensitive Formula is one of the cheapest hair removal creams that works great.

What about Using Depilatory Creams on the Bikini Area?

The bikini area is really sensitive.

My personal opinion is that you should use depilatory creams on the bikini line but definitely not on the labia.

The skin might get harmed by the chemicals contained by these creams.

It’s best to be safe than sorry.

But that’s just my personal take on this.

Let me know what you think about all these pros and cons for hair removal creams. 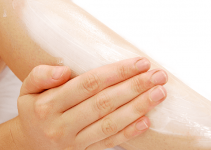 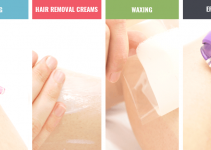