Braun Silk Epil 3170 is an epilator that’s absolutely basic. This is the type of epilator that Braun released when they were just beginning to manufacture epilators.

Even though it’s basic, it’s still really good. It has only a massage roller attachment to lessen the pain a bit but it does make a difference. It’s you’re used to waxing the hairs from your intimate area, then you can totally use the Braun Silk Epil 3 even as an epilator for the bikini area.

Just don’t use it for facial hair removal because it might be too irritating and too painful.

Pros: Braun Silk Epil 3170 has a cheap price and a really nice design. These two are the first two features that pop out.

Secondly, it has massage rollers for making epilation more comfortable and it has a built-in light, which is a feature more common among medium-priced or expensive epilators but not the cheap ones.

Cons: Braun Silk Epil 3170 requires more than one pass for removing from the root all the hairs. You will probably need to pass over the same skin portion twice or even a third time, especially if you’re using an epilator for the first time.

So epilation might take a while at first but it gets better in time, a lot better. 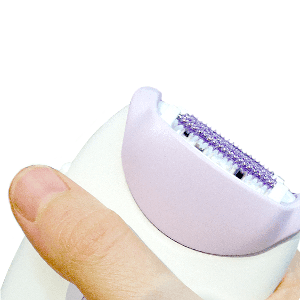 Braun Silk Epil 3170 has one major thing going for it. It falls into the cheap epilators category.

And not only that, because obviously that wouldn’t be enough.

It’s also a cheap epilator that does a good job at removing hairs from the root, offering as a result smooth skin for at least two weeks. Which, in turn, makes it quite popular among women.

But does it beat the popularity of Philips BRE235, which can be referred to as a great affordable epilator? Even more affordable than the reviewed epilator in this post, Braun Silk Epil 3170.

That doesn’t mean that Silk Epil 3170 doesn’t deserve a chance. And I’m going to offer it by writing this review.

The basic things that you get when you buy this Series 3 model are:

There’s usually a standard number of tweezers for a really affordable epilator.

The number is 20 tweezers and that’s exactly the number that can be found on this Braun Series 3 model.

There is one exception to this rule:

A medium-price epilator that has 20 tweezers but works really good and has accessories to justify the higher price. I’m talking about Philips Satin Soft Hp6520.

If you’ve used epilators or if you’ve waxed before and you haven’t shaved at all for a few years then your first epilation session with this model is not going to take that long.

Probably, 40 minutes for both legs, that would be my approximation.

The massage rollers are part of the efficiency cap. As long as there’s an efficiency cap then the list of accessories doesn’t sound too bad.

The Smartlight is an accessory that could be really useful.

And it’s nice to see that a cheap epilator, like Braun Silk Epil 3170, has a built-in light. It helps a lot with making sure that you’re not going to miss any hairs.

Another technology that I wouldn’t have expected to find in a cheaper epilator is the SoftLift Tips, which is supposed to lift flat-lying hairs. If it works, that’s useful because otherwise you sometimes have to put the epilator aside in order to lift the flat-lying hairs with a tweezer. But that doesn’t happen too often.

It also has 2 speeds: speed 1 for extra-gentle epilation and the other for high-efficiency.

As you can see, a facial cap isn’t on the list of accessories. That only means one thing: Series 3-3170 Silk Epil is not a facial epilator.

It’s recommended to use it only to remove hairs from the root from the neck down, including underarms hair removal and bikini area hair removal.

It doesn’t come much as a surprise that the Silk-Epil 3170 is a corded epilator. But don’t worry, the cord is long enough to offer you freedom of movement.

You’re not going to feel like you’re stuck in a corner, where the power supply is found.

It’s a dry only epilator. It cannot be used under the shower or on wet skin. Your skin must be completely dry before you can use the Series 3-3170.

Braun Silk Epil 3170 causes pain just like any other epilator. In time, you may only end up feeling some pinches.

The area around the knees is the worst for me. That’s my weak spot, even after all these years in which I’ve been an epilator girl exclusively.

Cons Against the Braun Silk Epil 3170

The biggest con is that it doesn’t remove hairs from the root from the first pass.

You need to go over the same skin portion a second time or even a third time. But that’s expected considering the price. Unfortunately, that’s the compromise.

The second con and compromise:

Some hairs are going to be cut at the surface of the skin, instead of being removed from the root. Braun Silk Epil 3170 is not going to do that frequently. It mostly happens with thinner hairs.

If the really thin ones, the ones that you can barely see, are not gripped well enough by the tweezers, then they’re going to get broken at the surface and you’ll have to get them next time.

Some ingrown hairs might appear because of that, as well. Remember to exfoliate almost daily to keep them away.

That sometimes happens even with the most expensive models. It’s not a con only against the Silk-Epil 3170.

It’s a common con for all epilators but I still love them.

These are the two biggest cons. Other than that, Braun 3170 is a good cheap epilator.

Philips BRE235 is the first alternative and the one that must be mentioned first because both models are nearly in the same price range, both are cheap. So, if your budget is limited these may be two of your best options.

As far as I’m aware,

There isn’t a third cheap model that beats these two. Feel free to leave a comment if I’m wrong.

The second alternative is a medium-priced model, also from Braun but from the Series 5. I’m talking about Braun Silk-Epil 5280.

It’s an upgrade, if you compare it to Series 3 models.

First of all, it has 40 tweezers, the head it’s washable, it features the close grip technology, has a trimmer head and a shaver head, and a pivoting tweezer head.

Well, I hope I haven’t offered you too many options.

Basically, Braun Silk Epil 3170 removes hairs from the root and even though it might not be from the first pass, it’s still a very good choice for the price. 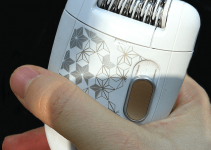 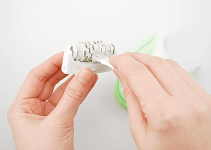